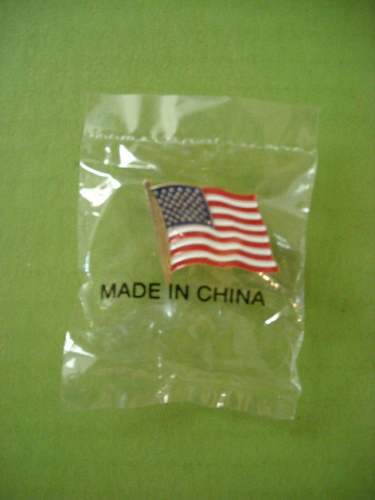 Yesterday, while looking for audio equipment for sale in China, I came across a very interesting collection of sounds. Most people who travel and explore their world like to put pictures up on the web for others to see, but this is an archive of sounds for you to listen to. There are quite a few recordings of Canada and many of China as well. I recommend the one of the steam locomotive in Kunming, China, but I also liked the recording of a cat chewing on the microphone. You’ll need a fast internet connection (or just plain old patience) as most of these files are greater than 1 MB in size.

This archive gives me some ideas of recordings I could make of my experiences in China. I have already recorded myself learning Chinese with friends, and I once made a commentary of my first visit to the Great Wall. So now, I’ll have to keep my ears open and “look” for further interesting sounds to capture.

For those of you who like money, here’s what Chinese paper money looks like. Both old and new designs are currently in use. The old has pictures of various ethnic groups in China (except the 100), and the new has Mao’s portrait on all bills. Five yuan is worth about one Canadian dollar, so the math is easy.

I awoke this morning at 5 a.m. to the sound of some very loud crashes. They persisted long enough for me to wake up fully so that I had trouble going back to sleep afterward. I eventually woke up enough to investigate the source. The man who usually dumps the garbage at 5 a.m. was, this morning, throwing wooden window frames from the fifth-storey window, letting them crash onto the concrete square below with the sound of a gun-crack. Most of the frames contained screens, but at least one had glass. I wasn’t impressed. I put in my earplugs, rolled over, and tried for the next hour to relax enough to go back to sleep. When I got up later in the morning, the mangled frames were still there, laying where they had fallen. China is a weird place sometimes.

During my year’s time in China, I’ve struggled with how to express myself politically while living in a country where it isn’t safe to do so. For example, people in China generally hate the American government. They talk about the U.S. invasion of Iraq (2003), but are quite isolated from the discussion and dissent going on around the world. Yes, there were anti-war protests in Hong Kong, but it would surprise me if the media in China reported this. Protests are illegal in the rest of China.

So I am left wondering how I can join and contribute to the discussion going on elsewhere in the world. Well, I listen to CJSR, a community-based radio station in Edmonton, the BBC news, and I read some of the independent media columnists on the Internet.

Here, I give the following two audio clips which were taken from the “Jay and Penny Show” on CJSR, and I encourage you to give them a listen as these are things you won’t hear elsewhere in the media.

The New Moon on February 1 marks the beginning of the new year in the Chinese calendar. But to the Chinese, this is the start of their Spring Festival. Okay, so it’s not spring yet, but the Chinese are eager to forget winter and to welcome spring. Aren’t you?! (Those of you in northern climes, anyway.)

I will be celebrating the Spring Festival here in China, which I am very happy about. I’m not too sure what I will be experiencing, but already I’ve had two parties at work and I know I’m going to eat well for the rest of the holiday. Yum! Tomorrow I fly to Haerbin in northeast China to experience the holiday in Heilong Jiang Province. I hope to see the famous Ice Festival with the beautiful ice sculptures and ice lanterns.

If you can’t be in China for the Spring Festival, I hope you can check out the festivities in your own community. Any major city in Canada will be having stuff going on. Otherwise, spend an evening with Google! and see what the Spring Festival is all about.

Wishing you and your family much happiness in the new year.

I’ve been home from China for the last three weeks over Christmas, visiting family and friends. I’m going back this Friday, so I’m doing the last of my errand running and such tomorrow. I sure bought a lot of books this trip. I hope they all fit in my suitcase. There is a definite lack of English books in China, especially on the things I like to read about. So I’ve made full use of mail-order web sites as well as the good old used book stores in my hometown. I’m sad to have learned Second Fiddle Books closed about three months after I left for China. I heard the owner, Chris, is no longer in the book business but has started a plumbing apprenticeship. Good luck, Chris! I hope to run into you some day.

I visited the dentist during my brief time here, and a conversation with my dental hygenist left a significant impression on me. It was weird. Having learned I was living in China, she expressed concern whether I would be getting fluorinated water over there. She then launched into a exposé on the importance of fluoride which bordered on fanaticism. It seemed strange enough that it triggered some fragments of pieces I’d heard about fluoride being unsafe. So, this morning I looked up fluoride on Google! and learned a bit more about the controversy. The preceding link will bring up sites on both sides of the fluoride debate. If you read too much, you may begin to question our faith in the agencies which are in place to protect the public’s health, or in the scientific societies (and journals) which are in place to protect the objectivity of science. You could call me paranoid, but maybe I haven’t been getting enough fluoride in my diet the last 9 months to keep me quiet about such things. 🙂 Cheers!

I’ve given it the title “The Mad Philosopher” because that’s how I feel sometimes. This will be a forum for my thoughts, ideas, experiences, and other things I want to share with my friends and family, especially as I have been hanging out in China lately. It will be interesting for me to see where this goes and how it turns out. I’ll eventually merge it with my webpage proper, so that the two sites are integrated with the same style. You can find my webpage here.

I maintain this “blog” through the site Blogger.com, which allows me to simply log in, enter some text, hit the “publish” button, and blogger then creates and updates the webpages that you are now viewing. So if you feel like creating your own web log, give blogger a try.